Born in Barbacena, Brazil, Leo has been in the fitness industry for more than 15 years. He began as a Tae Kwon Do athlete and holds several titles, including 3-time Brazilian National Champion and 2-time PanAmerican Champion. Leo is a National and World Aerobic Gymnastics champion as well as an international presenter and trainer. Before creating the Chakaboom Fitness® program, Leo served as Group Fitness Director for a chain of national gyms where he managed and developed fitness programs. 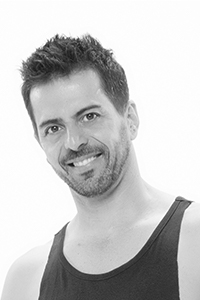 Born in Barbacena, Brazil, Roberson has been in the fitness industry for more than 20 years. He holds nine World Aerobic Gymnastic titles and is an international presenter and trainer. He has presented at fitness conventions in over 20 countries and is unsurpassed as one of the best and most successful athletic coaches and choreographers in competitive aerobics gymnastics. Before creating the Chakaboom Fitness® program, Roberson served as Group Fitness Director for a chain of national gyms where he managed operations and developed new fitness programs. Roberson has been instrumental in producing as well as been featured in videos for hip-hop, kickboxing, Kangoo Jumps and other dance and exercise styles. Roberson’s experience, creativity, training and enthusiasm will motivate and encourage you to be your best. 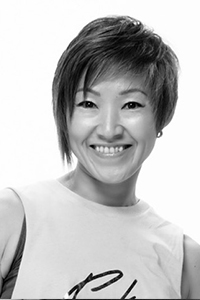 Born in Tokyo, Japan, Sachiko has more than 20 years of experience as a fitness instructor and aerobic gymnastics athlete. She has won many prizes in national and international competitions including 2-time world champion titles: Suzuki World Cup and Aerobic Gymnastic Championship. Sachiko is a choreographer and coach to aerobic gymnastics athletes and is an international presenter and trainer. In 1990, Sachiko graduated from TOKYOYMCA Physical Education Technical College and the Studio NAFA Aerobic Instructor Training Course. She is engaged in the development of fitness exercises, instructor training, planning fitness events and producing exercise videos.